The display is divided into one icon area and one identity area. The icons represent status of Battery, Memory consumption and Bluetooth activity.

The icons below can appear in the icon area (note that the memory/pen and battery fill icons have more fill levels, these are just examples).

When the pen is docked, pen down is inhibited to prevent accidental modification of stroke storage while connected over USB.

This area is set from host. If not set, then a default bitmap is used:

If the user handle the pen so many vibrating events are made (e.g. repeated pen down on non anoto paper), the vibrating time may be integrated.

While the pen is connected to USB, it always displays both areas. To prevent burn-in damage from causing permanent loss of intensity, the display will repeatedly fade in and out and stay black for two seconds at a time while the pen is docked. For user to be fully aware that the pen has been docked, all pixels in the display are lit for two seconds before starting the 'screen saver'.

When disconnected it displays the entire display for 5 seconds, and then only the icons for 5 more seconds.

When disconnected and idle the display is off.

The ID area is shown for five seconds after the pen is touched. If the pen is held without activating the touch sensor, pen down causes the ID display to light up, but only if the display is off at the time (to avoid making the ID field light up for each pen down).

A very short pen down on non-Anoto paper will not give negative feedback in order to avoid negative buzz on accidental pen down.

This flowchart gives a more complete picture of what happens when different frames arrive, e.g. pidget enter/exit, non-Anoto paper, etc., and what MMI changes they cause. 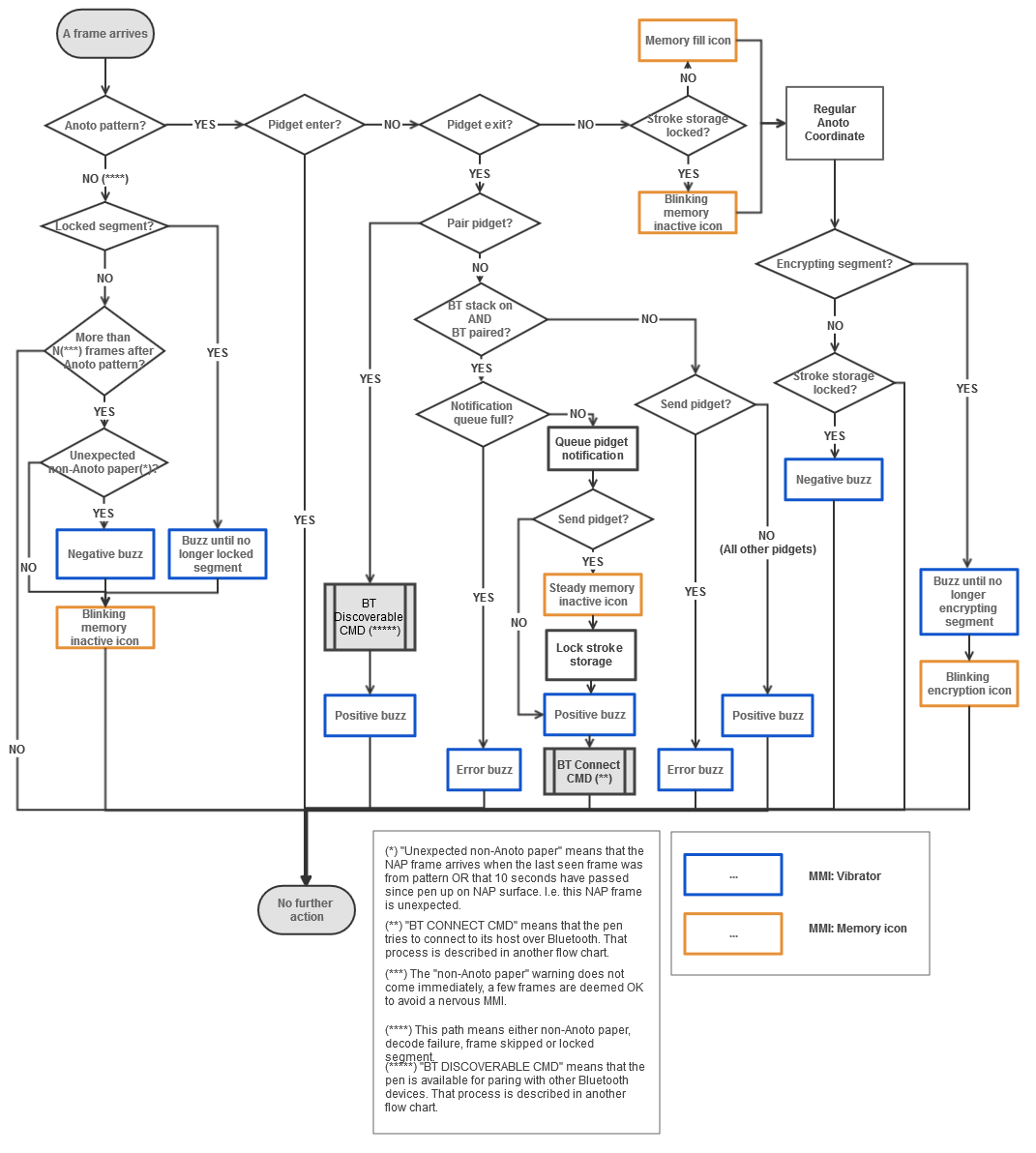 This flowchart describes the Bluetooth connect procedure, how a connect command (i.e. pidget enter) is handled in the different states, and what MMI effects it has. A second flowchart is included that describes the parts of the APE communication over Bluetooth that is relevant for this purpose. 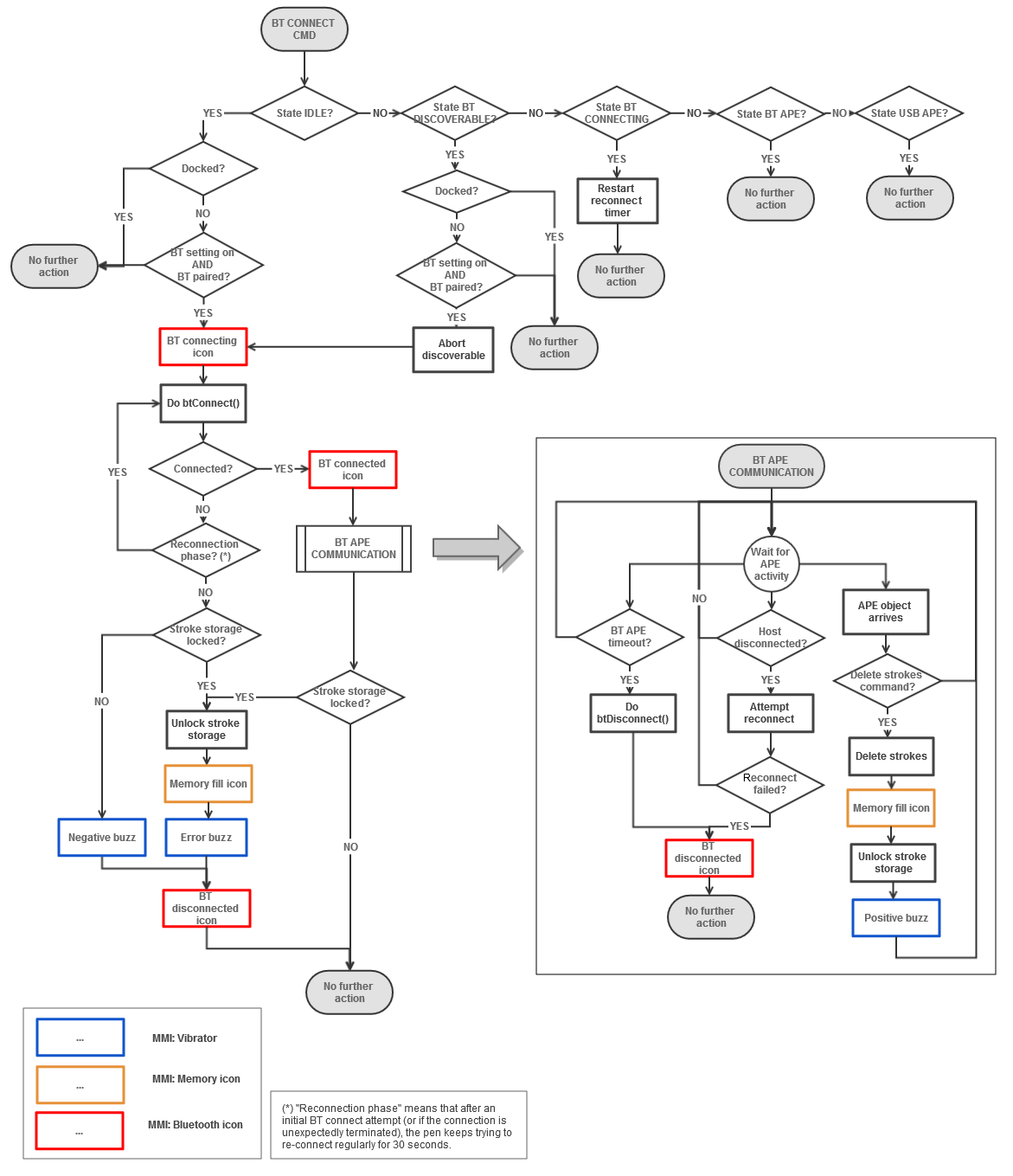 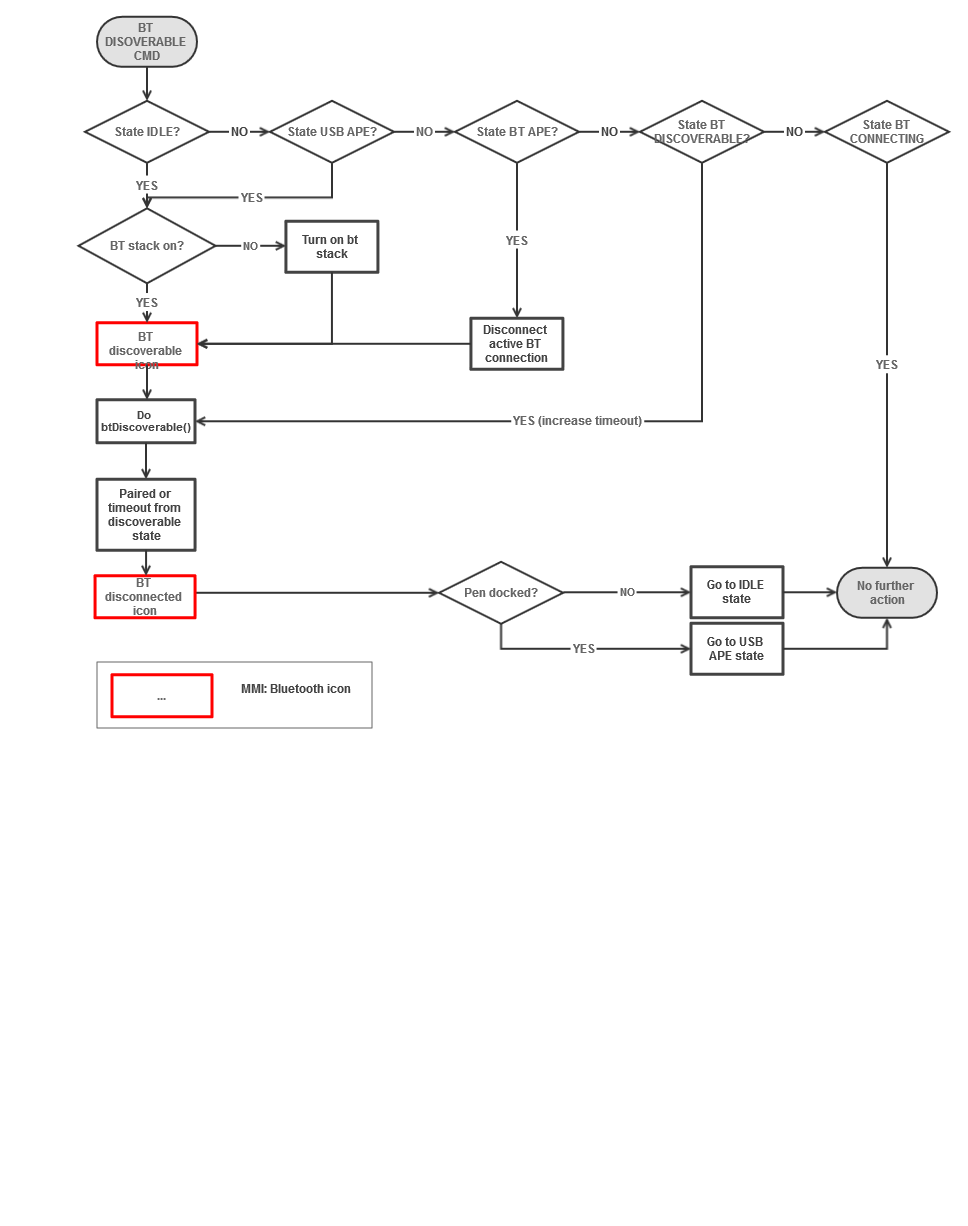 Was this article useful? Thanks for the feedback There was a problem submitting your feedback. Please try again later.
Last updated on July 16, 2020